“I hate this fucking game.”

It is a well known fact that Matt has some of the worst dice ever to grace a Blood Bowl player. What is shrouded in mystery, however, is why. Most believe Matt was the victim of a vindictive, yet very specific, gypsy curse. Perhaps one day this curse will be lifted, until then… 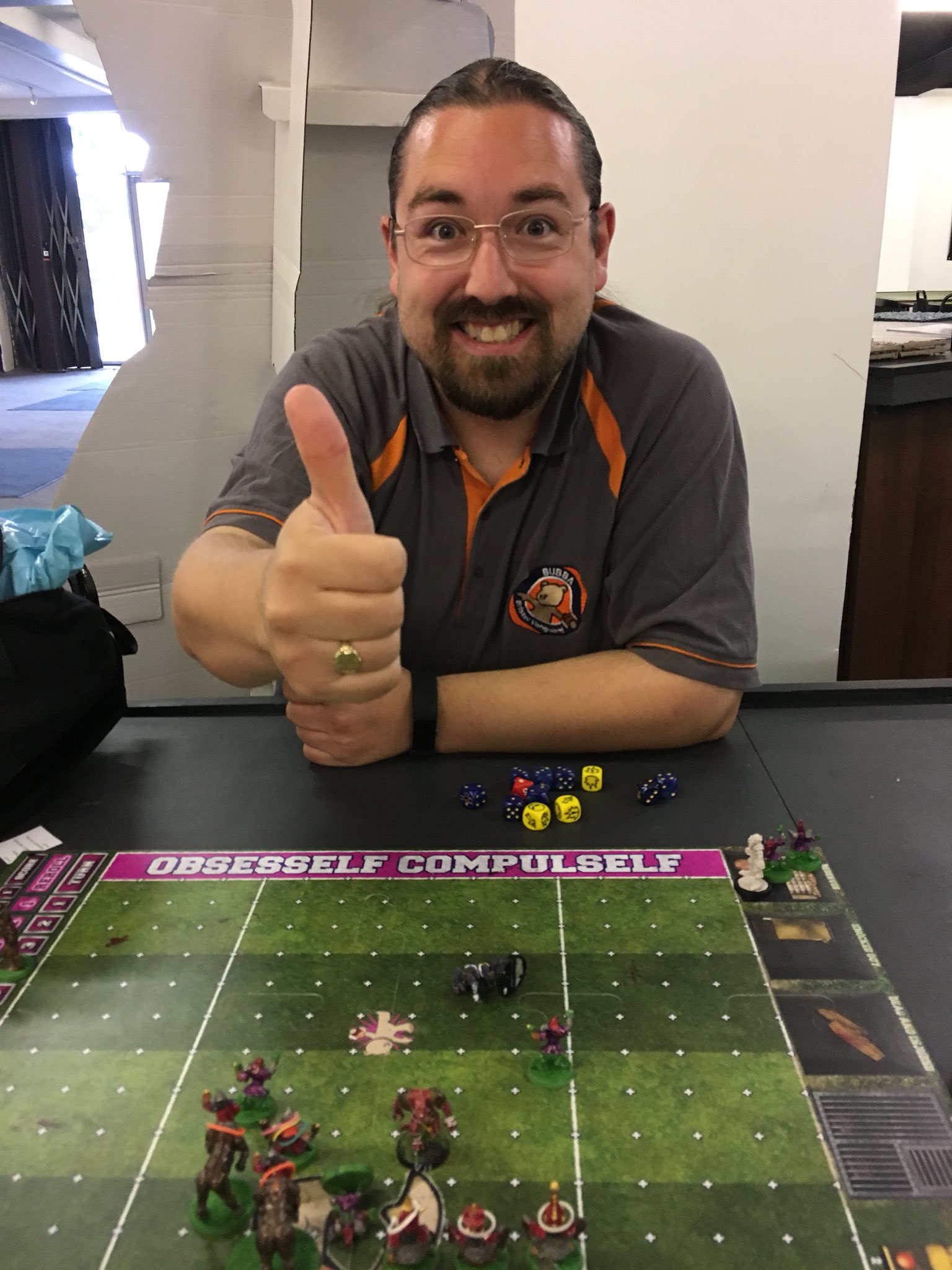 “What have you learned, Merrick?”

“…don’t foul when you can score with Halflings…”

A coach of some renown, Merrick has an impressive FUMBBL and tabletop record. (just don’t forget “impressive” doesn’t necessarily mean “good” -ed.) Often found swearing at dice and throwing Halflings around (both in-game and out), Merrick is certainly in the top four when ranking the ABAO members by skill.

“I’m not allowed to play Wood Elves any more.”

Nazgob is one of those obnoxious people that are great at painting, great at playing and has even managed to come first in a NAF ranked tournament. In the name of balance, this podcast can reveal that he regularly wets the bed and secretly thinks Theresa May is a “saucy piece of crumpet.”

The founder of the Podcast and the primary editor of the blog, Twelfman is both fantastically beautiful and amazingly talented. In fact, this blog has it on good authority that he’s actually being considered to be sponsored by the government to play Blood Bowl on an international, in fact perhaps interplanetary scale. And I cheated accidentally ONE TIME you guys.

“What do you mean you can’t grab on a blitz?”

Mild-mannered dairy farmer by day, by night Hung transforms majestically into a beacon of Blood Bowl purity, ready to swoop in with tactical insight and pertinent advice as needed. Well, that’s what he likes to think. Mostly we just put up with him because, well, there wasn’t anyone else.

“Roxanna failed to pick the ball up for four turns in a row. Again.”

A relative newcomer the Blood Bowl scene, Francis first begun his BB Career playing Amazons. After those scantily clad vixens, he moved on to Dark Elves. Notice a theme, anyone?

Tournaments We’re Off To

Tournaments We’re Off To

Find us on iTunes!